Nine years ago, Ashlee Whittemore left a life of drugs and alcohol and wanted to use her experience to help others. “When I got into recovery, I was so inspired and liberated,” she said. But then a mysterious illness derailed her.

“I was starting my private practice working with alcoholics and addicts, and people who struggle with abuse and trauma. Probably my second year into grad school, I started noticing a lot of weird physical symptoms. I just attributed it to stress. They started to increase and progress, and they became very alarming. … Very bizarre symptoms, like my hair was falling out, I was breaking out in rashes, I was waking up in the middle of the night with my heart rate at like 140, I was freezing when it was hot outside.”

Her illness was baffling. For six years, doctors puzzled over what the problem was, running test after test. Ashlee started researching on her own and asked be tested for lupus. It was positive. “I had to quit my private practice because I couldn’t work with others. I had nothing to give. I had built all this up and just came crashing down.”

She spent the next six months in bed, severely depressed. And then one day she woke up, thinking, “This is not going to be my life at all. I’m not going to allow this disease to define me.” She started to research  how to be proactive in informing the public about the seriousness of autoimmune diseases. Inspired by the simple, yet viral nature of the ALS Ice Bucket challenge that raised $150 million in one year, Ashlee decided she wanted to raise awareness of autoimmune diseases, which often intersect and manifest in similar ways. She set up the AiNeedCures.com web page, which has buttons to make it easy for visitors to donate directly to research labs such as Stanford, Johns Hopkins, and University of Florida.

“With a lot of these illnesses, you look fine on the outside, however, on the inside we’re not fine, so people don’t really tend to take it seriously,” Ashlee said.

Tasha Wahl, who runs the Wahl Foundation and created Butterfly Effect, met Ashlee and offered her the chance to do a butterfly near her Austin home. She chose a wall outside the Native, a luxury hostel, which an existing charity, the Hope Campaign, generously shared with her.

Ashlee said she saw people connect immediately because of the Butterfly. As she was working on it, people would ask her about it, and then tell their own stories about autoimmune diseases, and they appreciated the direct line to donate to research through her page.
Once the Butterfly was done, people flocked to get their pictures taken with it.
Another byproduct of the project: Ashlee saw artists coming together to put the piece up. And it was also the first time that she, herself felt like an artist. 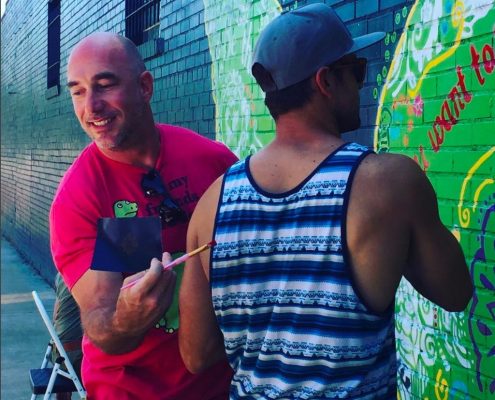 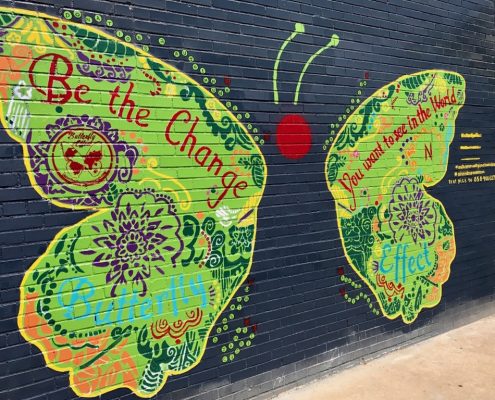 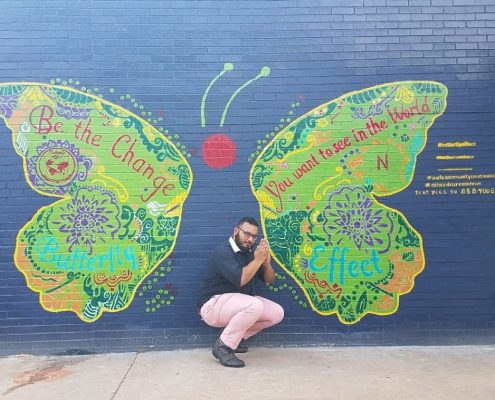 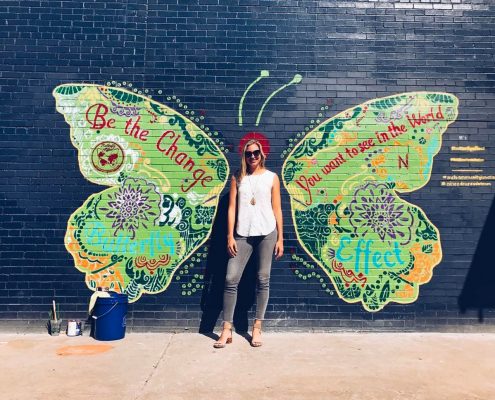 Butterflies for the Heroes

Expanding the Conversation About Breastfeeding and Infant Health
Scroll to top