As Sara Wood was volunteering in her daughter’s classroom, her Be the Change bracelet caught the eye of the teacher, Tiffany Gutierrez. Wood, whose daughter, Lauryn, attends fourth grade at Wade King Elementary in Bellingham, Wash., is a longtime friend of the Butterfly Effect’s Tasha Wahl and had been involved in a few butterfly drops as well as other charity efforts.

“Ms. Gutierrez saw my bracelet and complimented me and asked me about it, so I told her about Tasha’s movement.” Wood said. Immediately, Gutierrez was on board for a Social Butterfly mural for a class project as part of a poetry unit. “The ‘Be the change you wish to see in the world,’ quote fits with the mission and vision of our school. We want students to take action based on what they are learning so they can be a positive change in our community and the bigger world.”

The Social Butterfly stencil arrived in the beginning of April, and the kids got to work a couple weeks later with supplies Gutierrez purchased herself.

There was one logistical hurdle, though—they weren’t allowed to paint on the wall, and needed to come up with a creative workaround. Gutierrez bought eight large canvasses from a craft store, and let the kids started painting the sections to form an 8-foot by 12-foot mural. The kids were instantly engaged in the project. “When I was with them when they were painting, they were very quiet, and they were concentrating,” Wood said. “They were making sure that everything matched and that everything was in the lines, and they did a really good job of just being conscious of what they were doing, and it was pretty cool.”
When the painting was done, they hung it in the hallway outside their classroom. “I think it’s just great when you have kids collaborating together, to do something bigger than they can accomplish on their own. Look what we can create when we choose to work together,” Gutierrez said.

Wood said she hoped the kids would take away the message that being kind is always good, as is doing something for other people, no matter how small it is. “If we can start with small positive changes now, like giving someone a compliment, asking someone who might be alone on the playground if they want to play, giving someone a hug if they look sad, cheering for their classmates’ accomplishments, hopefully, that feeling of being the change will go with them as they face new challenges.”
The defining principle of the Butterfly Effect is that kindness is contagious—and this Social Butterfly project delivered immediate results. One friend who saw Gutierrez’s post on Facebook teaches yoga at a women’s prison and wanted to bring a Social Butterfly there. The project has also sparked conversations among the students and that she’s looking forward to using the butterfly as an inspiration piece with future students in her class next year and beyond. “They get to feel like they are leaving something really cool for other people to look at and be inspired by.” 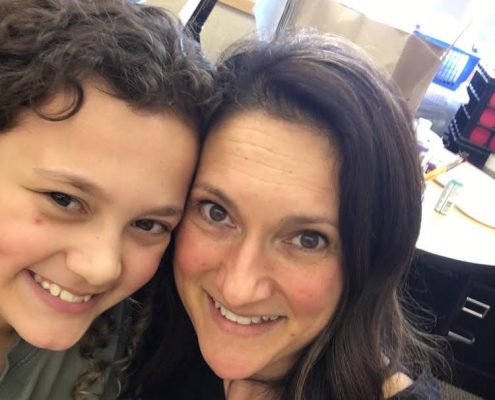 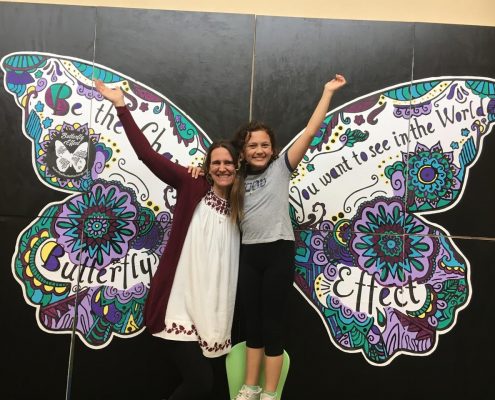 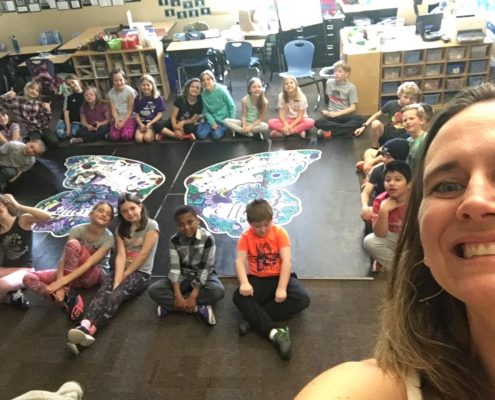