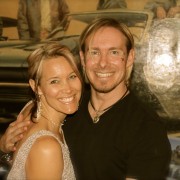 “None would go freely, if we knew ahead of time what love is going to ask of us.”—Richard Rohr

I have a love story to tell. It is not the fairy tale I dreamed of as a young girl. It’s not the beautiful and shining castle in the sky I built as young woman. In fact, those stories and dreams had to die and the castle had to tumble down before the true love story could be told. My story.

Relationships are, in a sense, defined by expectations. Growing up as a child in the United States in the ’70s, my expectations were shaped by my family, but also by my culture. Movies, books, television, and the covers of magazines all helped to inform what I wanted in relationships, and especially what I wanted love and marriage to look like. And of every relationship I had, I pinned my highest hopes and dearest dreams on a marriage, the terms of which I’d built up in my mind. The man I married would be my partner for life. We would stand strong defying every tempest life brought our way.  When you looked in the dictionary at the word love, our story would be the ultimate definition. The two of us would change the world with our love.

I think most of us would agree that our expectations are high for marriage. This is fair, as the person we marry is intended to be the one with whom we spend the majority of our sleeping—if not waking—hours. At the altar we promise to have and to hold, no matter what, ‘til death do us part. What we usually don’t say at the altar is, “I promise to love you even though the person I am standing with today will evolve and change into a different person many times over in the course of this partnership. And I will change just as many times over the years.”

I have been married for 22 years to multiple men. Dozens, maybe hundreds even. They are all named Erik but they are as unique as the stars in the sky. I have learned to love them all.

My husband, likewise, has married many, many versions of me, which reflect every color of the rainbow, and every subtle shift in hue between the colors.

Life is a series of changes. And yet most of us resist. We want things to be comfortable. We want to travel the path of the least resistance.

But in order to get to this place, I had to give up something that I thought I never could. I had to give up love as I knew it, or thought I knew it. And I had to learn to embrace a new kind of love, one without expectations; without a known outcome. A love that released Erik to be who he is, and not who I needed him to be.

I have learned to stop trying to hold him to being the man I married.

The biggest surprise in all of this is that the main person standing in the way of this new love was ME. I was the one who needed to evolve from my old way of thinking. I had to let go of the expectations, the images, the ideals I had spend my life building. That is a lot of undoing I had to do. A lot of “Unthinking,” as we like to say around our house, and de-programming.

The evolution of my love took many years. And I know I have many more years to grow. But as so much change is preceded by crisis, I had to come to the end of myself before I was willing to let my dreams go so they could evolve into new dreams. Many dark nights of the soul, and arguing with my own ego about what I could and couldn’t do. And eventually my true self, the God in me, helped me to see that I can do hard things. Even when that meant giving up the dreams I thought I had to have.

I had to redefine the change I thought I wanted in Erik. I had to learn that this wasn’t about the man I needed him to be. It was about the wife I needed to be. The evolution of this new love was apparently my ability to let go of the love that I thought I had to have. And the hardest part of that was letting go of the identity that I had built up around who that love made me.

This new way of loving also changed my relationship with how I prayed. I had spent my life praying lovingly for a specific outcome, the outcome that I thought was best. As in, “I mean I know how to love well, so please, please, please bring out the best in Erik.” But what I came to understand was that I was praying for the best Erik for me. For the best us.

God will glorify our marriage in His way. Instead of praying for a certain outcome, I pray that I release the outcome. I focus on me being grateful for the now, for the good moments and the difficulties. We don’t grow without the death of our old selves. And our partner has to die to become new too.

I used to tread with fear and trepidation over a change of job, a change of finances, a change in our health. I feared that anything the Erik did that was different than my heart dictated would draw us apart. He and I being on different pages would send me in a tailspin.

When he hurt my feelings, usually unintentionally, just speaking his truth, I was wounded like a bird shot in the chest. When your spouse is your identity, you can’t allow him to hurt you. It’s like dying.

I had to learn to see Erik without a filter. Without a binary “good” or “bad” judgment. He couldn’t be my everything because he wasn’t perfect. If I hold onto the idea that if I am not loved perfectly I am not worthy, life becomes painful. That Erik can be good, but not perfect. That he can do things that wound me, but that doesn’t make him bad.

I’ve learned that in my marriage, in the middle of a large crisis or even just an argument, my ego takes over. I am protective of my side of the story. My need to be right. My fear of losing. When I can step away and breathe, when I can even just notice myself reacting, I can stop the story in my head long enough to gather perspective. And know that I’m seeing things the way I am not that way they are.

I stop and I try to find the incarnate, the cosmic Christ in me. My true self. And I ask that the God in me be glorified in the situation, not that the other person would change, but that my perspective would change. That I would be able to speak truth and love, and not speak my opinion or my narrative.

This practice is called many things, but I love the word “mindful.” I become mindful of staying in the present moment. Of not holding on to the hurts of the past. Not holding on to the fear of the future. I just breathe, feeling my body and being mindful of the moment. The person I am with is another human being with whom I have quantum entanglements. I’ve trained myself to ask this first question at the sign of trouble: “What is the most loving thing I can do?”

The older I become the more I am learning to embrace an evolutionary love, one that replenishes itself and restores me.

Relationally, we have to understand we are ruled by our emotions. And the only way to overcome our emotions is to name them, observe them and quietly love them. Then we become mindful in the moment.

This takes years of practice but we’re offered dozens of opportunities each day to practice being mindful. To practice restorative love. To pray that God would show us how we can change. That our hearts would break for the other. That we would see through His eyes.

As Erik began to travel around the world for long periods of time, we learned that talking on the phone between the time difference and our inability to both be in a place where we could speak meaningfully was near impossible. So we began to write letters.

Those letters are an archive of our evolution as man and woman, as a couple, as parents and business partners. I’ve saved them all. Those letters tell stories that I can’t even remember. They have preserved arguments I didn’t even know we had—business ideas that never saw the light of day. Hopes and dreams and fears. They contain the evolution of our parenting. Of our faith. Of our beliefs.

As I read them, I know that at the time I passionately believed in everything I wrote. Every single me I have ever been come to life in those letters and emails.

And they have taught me something. I tend to act and react in the moment. The story I am telling myself while I’m in it is all I can see. And I react to that story. Be it good or bad or true or false. I react.

I’ve learned in the last few years to sit quietly and watch myself and my emotions. To remind myself they are just that. To know that Erik and my boys are also emotional beings, sharing themselves in the world.

So as I learn to sit in mindfulness and meditation, I can name those emotions. And learn to hold the pain that comes with many of them. I am learning that FEAR is an acronym for what’s happening in my mind: false evidence appearing real.

Non-dual thinking allows me to have grace for myself and for Erik. The man I used to think was perfect in every way doesn’t need to be perfect any more.

We can hurt each other with words, sometimes that’s an unavoidable reality. He can sin and still be good. I can fail and still be successful. It’s not “either/or.” it’s “yes, and.”

And I can accept that he is going to be a different person in five years than he is today.

I don’t need to hold on tightly to the past, to who we used to be. I need to understand that to love and cherish and have and hold – means to hold lightly. Sometimes to even release. When I am most afraid, inevitably, the monsters turn out to be shadows in my head. Nothing.

The Rest of the Story

That I might reflect God in my marriage and all the associated areas: work, parenting, friendship.

That the God in me is stronger than me.

That I can be mindful for myself and my shadow shelf. And that I can be accepting of the shadow of the other.

My story now is not about a man and a wife. It’s about God’s love for me, and in that my ability to stop needing others to change, but to be the change I want to see in the world.

My story continues as I never give up hope for God’s glory and love, which is always restorative and forgiving.

Ultimately there is freedom in letting go of the dreams and living in the now.

My story and all the men in it is a far more interesting story than the one I thought I wanted, because this story is a living changing evolution of love.

I am looking forward to the next thousand chapters. 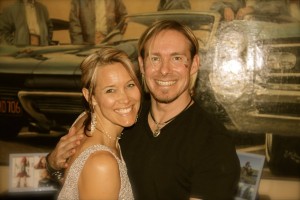