If the walls in our house could talk, the bonus room would write a novel. Over the years, the space between those four walls has played many roles.  When we bought our home, it began as a room devoid of furniture with the exception of 5 huge bean bags. The boys built forts, raced cars, watched movies, read books and played as only children do in a big empty room.  It was the land of imagination. Later it became an indoor soccer field with goals duck taped on the walls and the midline duck taped on the carpet. I lost count of the elbows and rear ends that punctured the dry wall. I don’t remember how many windows we replaced. We left the doors open most of the time to air out the arôme de garcon.

It was the land of competition and energy. For a short while it was a home movie theater with swanky lay back chairs and surround sound speakers. It was the land of entertainment. Now it’s the music studio. The drum set and piano have the biggest footprint but there are  many guitars, amps, microphones and other audio equipment I can’t begin to name. It’s the land of expression. And yet one thing about this room has never changed. It’s always been the idea room. From the beginning we wanted this room to be open and free. We had a notion that we wanted to create a space that could be a tangible chronicle of our lives.  And so we invited the family to write and paint on the walls. Erik put up a few murals. One of my small butterflies is stenciled on the wall. The boys have added their art. But my favorite part are the words. Quotes from books we have loved. A funny quip. Ideas for travel. Brainstorming for businesses. Expressions of faith. Expressions of doubt. At first I thought we would periodically paint over everything and start with a blank canvas. But now- that room is where I can go to find visible memories of years gone by. There is something really satisfying about writing on the walls. It feels important. And a little daring. Its bold. I invite you to try it. If you need it, paint makes a great erasure, but I believe you will be inspired, and your walls will begin to tell your story. #butterflybtc 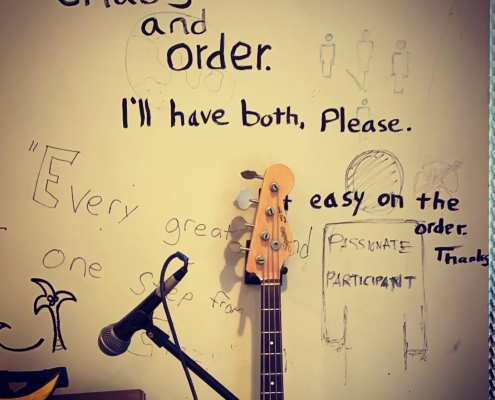 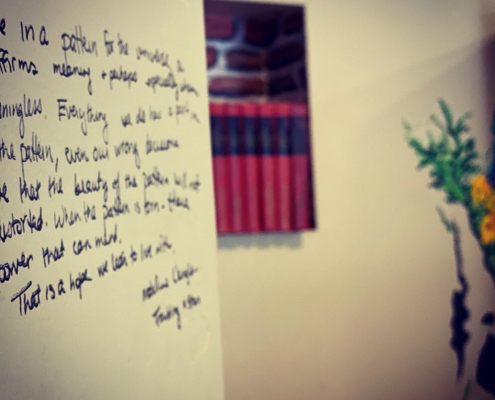 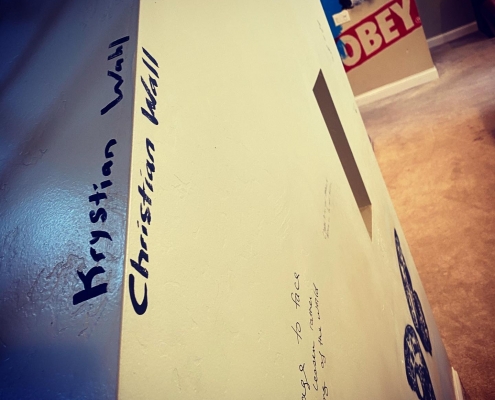 What does CHANGE mean to you?
Scroll to top